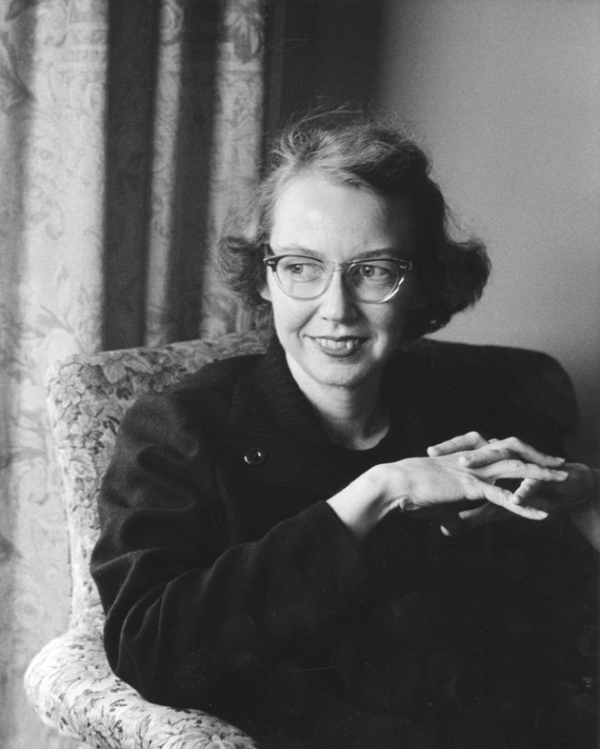 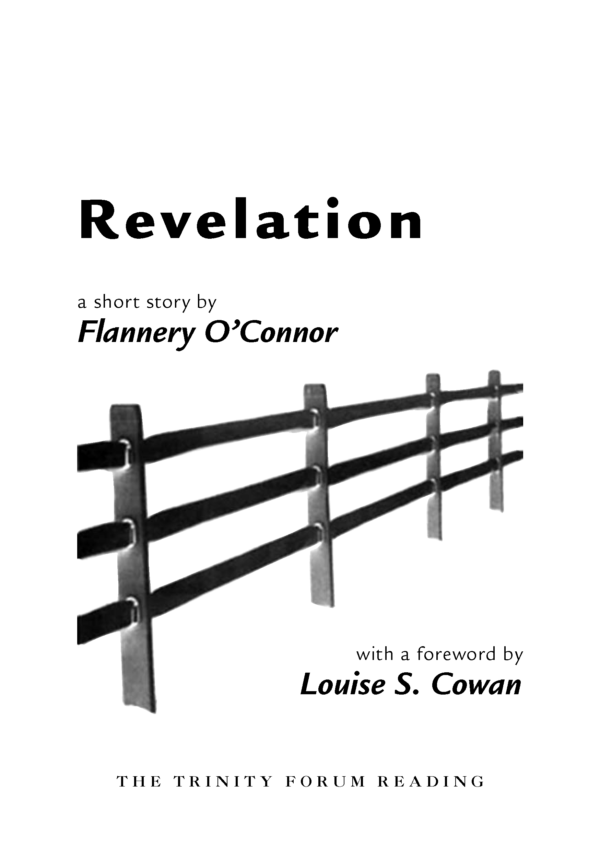 “Revelation” is a very funny—and moving—story and a great introduction to the work of Flannery O’Connor, who is increasingly considered one of the best short story writers of the twentieth century.

This selection has a Foreword by Dr. Louise S. Cowan. A founder of the University of Dallas, former Trinity Forum Moderator, and co-editor of our Invitation to the Classics, she is a nationally recognized expert on O’Connor and the Southern literary tradition.

Dr. Cowan introduces O’Connor and her comedy of the grotesque and sets her in historical and literary context. “The true grotesque,” she writes, which O’Connor intended to be taken seriously, “sheds a strange light on ordinary reality and thus proves highly shocking to our secular sensibilities.”

Another insight that O’Connor developed and Dr. Cowan explains is that the grotesque “expresses the Christian’s paradoxical plight of being in the world but not of it. As O’Connor herself has commented, not only evil, but also the good, is grotesque, since the good is ‘under construction.’”

As for “Revelation,” the short story reprinted here, it is a masterpiece of comic literature. Ruby Turpin, the protagonist, is a good, respectable, self-satisfied, hard-working woman who loves Jesus. In the person of the ugly girl Mary Grace, Jesus hammers home a message to Mrs. Turpin—and us too—about virtue, self-identity, judgment, and grace.