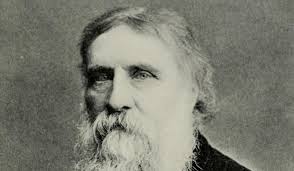 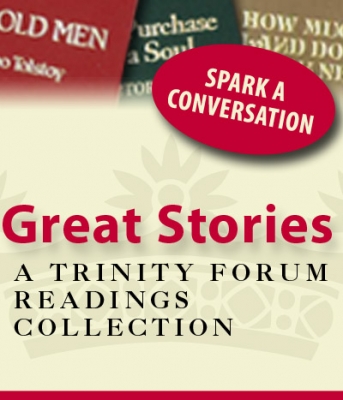 One of the most effective ways to engage is through story—the mode of communication used most often by Jesus. This Readings Collection consists of stories all created to engage the moral imagination in a way that leads to personal and cultural transformation.

Babette’s Feast | Isak Dinesen’s classic story of grace, generosity, and hospitality in a rural Norwegian village that invites readers to reflect on the arts—their powers and their limits and their role in our lives.

Ex Tenebris | This early Kirk story, tells the tale of elderly Mrs. Oliver, who retires to a cottage in the now-abandoned English village of her childhood and is harassed by the local planning officer until someone emerges from the shadows to intervene on her behalf.

Purchase of a Soul | An excerpt from the beginning of Victor Hugo’s beloved novel Les Miserable which chronicles the events that led to the radical transformation of its hero, Jean Valjean.

Strangest Story in the World | Excerpts from The Everlasting Man, one of G.K. Chesterton’s most widely read books, offering Chesterton’s view of human history and its radical alteration after the coming of Christ.

Telling Truth to Kings | Written in the 1930s to speak out against the totalitarianism of the Nazi regime, Schneider’s short story illustrates the high cost of truth-telling through the tale of a humble priest who challenges imperial Spain’s treatment of “new world” peoples.

The Celestial Rail-Road | Nathaniel Hawthorne’s short story raises questions about the authority and public dimensions of faith which are vital not just for Christians but for all the citizens of the United States and the West at large.

The Oracle of the Dog | This entertaining short story is among the best of G. K. Chesterton’s Father Brown mysteries and shows us that common sense is not as common as we wish.

The White Mare | McLaverty’s story of an aging Irish farmer introduces us to some universal themes—including work and our relation to it, beauty and suffering, and the transitions of life.

Two Old Men | In this short story, Tolstoy explores a wide variety of themes, from family relationships to personal habits to money, allowing for multiple lessons and insights on every page.