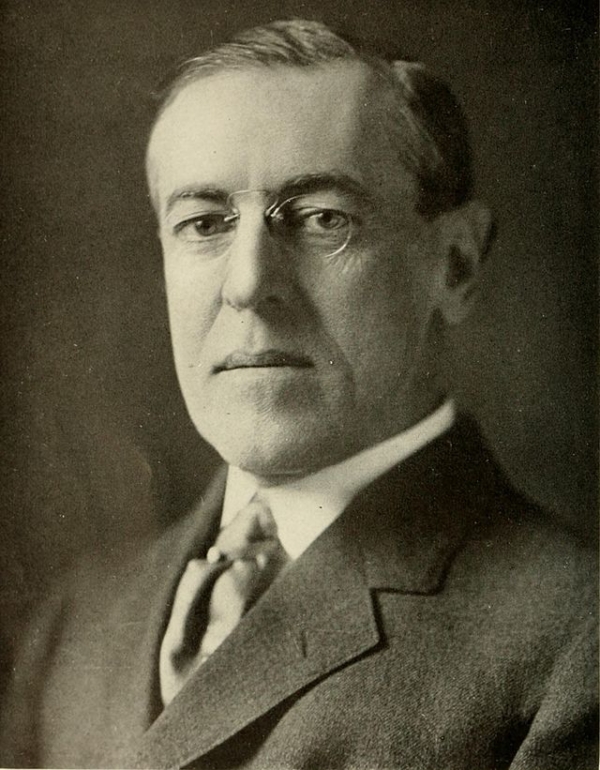 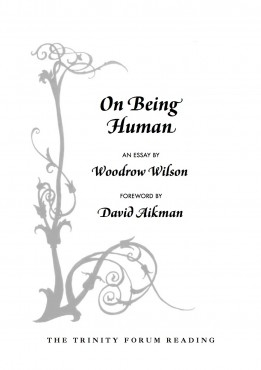 The future President sets out his vision for the good life in this personal essay, which also offers insight into his later policies and illustrates how a leader’s assumptions can change a nation—and the world. This Reading features a Foreword by Senior Fellow David Aikman.

As an educator—and a person of deep faith—Wilson held strong convictions on the centrality of the humanities to human flourishing and freedom. His exultation in a broad and liberal democratic education stands in marked contrast to the current academic emphasis on hyper-specialization—and sheds some insight on his later enthusiasm, as President, for spreading democracy around the world.

The piece was written for the Atlantic Monthly in 1897, just after Wilson had achieved tenure as a professor at Princeton. It is among the most personal of Wilson’s public writings and reveals an enthusiastic nature not often associated with the former President. While it makes little direct reference to faith, the essay opens a window on Wilson’s view of the good life, which is both hopeful and historical, drawing upon both Aristotle’s notion of “the golden mean” and Augustine’s view of the ordo amorum (the order of the loves)—specifically, that the good life consists largely of a well-balanced, harmonious ordering of one’s passions and priorities.

The coming decades would test Wilson’s hopes and ideals. Whether he was credulous in his hopes or mistaken in his reasoning may be debated, but the sympathies and effervescence on display in this little-known piece give insight into how the formation of a leader’s view of human nature and the world can eventually flower into large-scale initiatives, institutions, and movements. Had Wilson’s view of human nature differed, so would his conception of the League of Nations. Above all else, “On Being Human” illustrates the manner in which an emerging leader’s assumptions may be imprinted on national and international policy.

The foreword by Senior Fellow David Aikman, a journalist, and professor of history sets the reading in the context of Wilson’s life and accomplishments. A discussion guide helps the reader consider the implications and assumptions of the article and the appeal of its vision more than a century later.